Private Equity Firm Wants to Buy the All Blacks 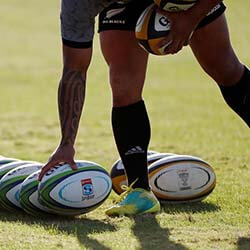 Although Silver Lake is a brand is primarily focused on making investments in the technology sector, the California-based company is interested in acquiring a stake in New Zealand’s national Rugby team, the All Blacks. They already stand as a part-owner of the Manchester City Football Club, so it makes sense than another iconic name in the sports field has captured their interest.

Rumour has it that the business could be announcing the deal that will see it securing a minority holding in the commercial rights arm of the New Zealand Rugby arm as soon as this month. If confirmed, the purchase would see NZR collecting just over NZ$2 billion in return for a 15% stake.

If the deal goes through, Silver Lake becoming involved with the All Blacks and NZR would become the latest and arguably most important example of major sports rights owners fundraising. After the devastations wrought in this market by the novel coronavirus COVID-19, companies are doing everything they can to get back on track.

It is understood that Silver Lake is in competition with a number of other private equity investment organisations to see the deal go through. The process is being run by Jefferies, a diversified financial services company and investment bank. The equity enterprise’s partnership with the All Blacks will, in all likelihood, build up the team’s digital and media rights strategy. This is the approach the venture took when they bought into Manchester United F.C.