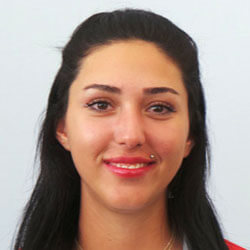 Yasemin Anagoz, Demiir, Fatih Bozlar, and Gizem Elmaagacli will be joining qualifiers Yesmin Bostan, along with Mete Gazoz to represent Turkey at the 2018 Hyundai Archery World Cup Final that are set to take place in Samsun, according to the Turkish Archery Federation.

Turkey, who are hosting the event this year, have on place reserved for each of the four competition categories. Bostan qualified as the winner of the second stage this year in Antalya. She also finished third in the season-ending event in 2017, while 2018 marks her third appearance at the international event. And with Gazoz claiming a place by earning gold in Berlin, the athletes taking part in Samsun has increased to six.

In it’s 12 year history, no host nation has ever won at the Hyundai Archery World Cup, but the general belief is that Turkey’s strong team, which consists of genuine medallists, has the best chance yet.

Among those is Yesim Bostan, who is currently the world’s number one ranked compound woman, while Gazoz is sixth in the men’s list. Many feel that Gazoz is one the path to becoming the world’s best recurve archer.. Anagoz is at 11th place after becoming the European Champion in Legnica, which was held in Poland at the start of September. Demir Elmaagacli won the Hyundai Archery World Cup Final in 2015. Turkey is set to take place in both the individual competitions as well as the recurve and compound mixed-team matches.