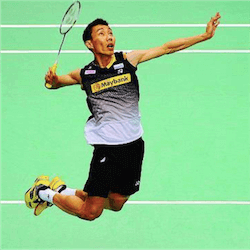 Badminton’s a minority sport in New Zealand, but as online betting fans are discovering, internationally it’s competitive and surprising enough to present exciting wagering options. Fans and punters can both get their fix now at the 2017 BWF Super Series Masters Finals in Dubai.

Kidambi is likewise only the second seed for the 2017 BWF Super Series Masters Finals men’s singles, despite his dominance throughout the year. Top seed in South Korea’s Son Wan-ho, who has yet to win a Super Series singles title this year.

Veteran Malaysian shuttler Lee Chong Wei can’t be ruled out as a dark horse in Dubai either. Anyone who can hold the world No. 1 ranking for 199 consecutive weeks and still only have slipped to world No. 3 five years later is always going to be a contender.

Chong Wei won the men’s singles in the opening Super Series tournament of 2017, the All England Super Series Premier, and he struck again in Hong Kong last month. Apart from Kidambi, he’s the only other player to win more than one men’s singles title this year. He’s probably a bigger threat in Dubai than his seeding at fourth suggests.

Win or lose at the 2017 BWF Super Series Masters Finals, Chong Wei goes into the New Year with racquet still in hand. From January 16-21 he’ll be back home for the Malaysia Masters.

He and countryman Lee Zii Jia were fortunate enough to make automatic qualification after a rule change reduced the draw from 32 to 16, while other Malaysian players like Iskandar Zulkarnain Zainuddin lost out.