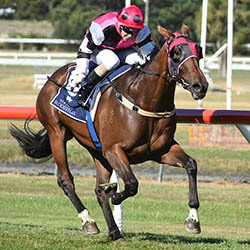 Feel the Rush, the Group One New Zealand Oaks placegetter has joined the Highclere Stable with Ciaron Maher and David Eustace. But as sad as Kelvin Tyler may be about losing one of his luminary three-year-olds to the Australians, he is exhilarated about the prospects of another. And Tyler’s brother, Allan, and sister-in-law, Marie, have kept a half-share in the up-and-coming filly.

Tyler, who has a training partner in his daughter, Aimee, explained that his brother was Feel the Rush’s actual owner and the fact that he’s keeping a half-share works out perfectly. He said that Allan already has a horse at Ballarat with Ciaron, so the family knew a little about him and Allan was eager for Feel the Rush to join the stable.

Proisir’s daughter has enjoyed three wins before her most recent NZ Oaks placing, and Tyler is very confident about her talent in terms of competing in Australia. He revealed that he fielded a number of offers for the filly as well as for her stablemate, the dual Stakes-winning Lightning Jack.

Per Incanto’s son won the 1 335-metre Listed Gore Guineas and the 1 600-metre Listed Southland Guineas before coming in third in the 1 400-metre Group Two Wellington Guineas. His connections have fielded more than a few offers for the promising four-year-old.

Tyler said that Lightning Jack is an exciting animal, a great horse that could easily have crossed the Tasman too. He said that he’s also owned by Allan and Marie.