First Seal May Struggle at Queen of the Turf Stakes 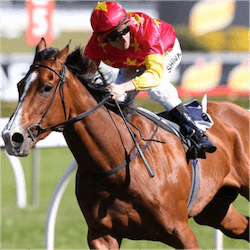 First Seal, a mare of incredible quality, needs Randwick track to be dry in order to deliver her best form when the Group 1 $1 million Coolmore Legacy Queen of the Turf Stakes rolls around on Saturday, a 1 600 meter race on the second day of The Championships.

The mare’s record for wet weather reads a second from 1 try of heavy track conditions and 2 wins from 5 tries on soft surfaces. However, she is a 4 times winner when a good track is provided.

John Thompson, her trainer, is hopeful that the Randwick track will be drier by Saturday, and is dreading more rain before the race. He has stated that the mare needs a drier surface than she has been getting in order to perform as he knows she can.

Sydney’s 2017 Autumn Carnival has had to deal with some incredibly wet weather, and trainers, horses, and jockeys have been struggling to cope with how rain-affected the tracks have been for the past month, with Wednesday seeing it rated a heavy 9. Forecasts are grim for this Saturday as well, with more showers set to take place until then.

Thompson whisked First Seal off to Melbourne in an attempt to get her away from these conditions, and is reportedly very pleased with how she performed during the Sunline Stakes. He has said he is hopeful about seeing her peak for the Queen of the Turf Stakes: he notes that she has had some runs now, and has started to come right. Firstly, he says, she was overweight, secondly she got “too far back and hit the line”, but has said that the mare is “peaking at the right time”.

Contrastingly, stablemate Zanbagh flourishes in the wet, and Saturday’s race, if it remains as affected by the rains as it has been until now, will become one of this horse’s major chances to get to the winning position.

Both Zanbagh and First Seal were together on Randwick’s soggy Tuesday morning track, and Thompson was reportedly pleased with how they stretched out. He said they did “good work”, going nicely together, and that both mares were in excellent shape and eagerly anticipating Saturday’s competition.

Unfortunately both of the animals ran out of luck at the barrier draw: First Seal received 14 in the 18-horse field, and Zanbagh will be dealing with barrier 16.