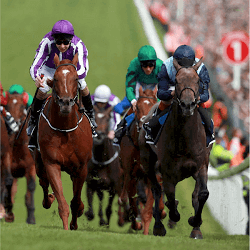 State Solicitor is a 2012 bay gelding who is currently being trained by Alannah and Grant Williams. The four year old has a superb sire line, with Danzig as his great grandsire. He most recently ran at Ascot at the Winterbottom Stakes where he came in sixth, disappointing fans and punters alike, as he had showed great promise. He did however beat the favourite and overall, 6th is better than 12th!

State Solicitor is a long distance runner, or stayer, performing best over 1200 and 1400 meters. He has a proven track record at that distance being literally unbeaten until his run at Ascot on the 28th of November 2016 when he simply failed to live up to expectations, although admittedly it was his first ever Group One race and he still has a long career ahead of him.

State Solicitor has had 15 starts with a whopping eleven firsts. His three and four year old season saw the gelding pretty much unbeaten. In the first two races as a three year old he placed, coming in second and third. After that the gelding scorched every track he arrived at. Unbeaten for the rest of his three year old season, he raced all the rest of his races at Belmont against the likes of All Too Much and La Patron. He has had six wins out of seven starts in 2016.

The Winterbottom Stakes was his first attempt at a Grade One race, and although he only came in sixth he was competing against superstars such as Takedown and Rock Magic. The four year old has a super promising future ahead of him, and if he can break into the grade one world he may just join the elite class of thoroughbred with the likes of Special Reflection.

State Solicitor was actually so slow in his two year old season that he was very nearly given up on. He basically couldn’t gallop until after his first spelling. Regarded as a slow poke, Solicitor as he was fondly known, cantered happily behind the field with very little work ethic. It is unusual that a horse starts out slow, and then comes back with a blistering turn of speed. You can usually see what type of horse they are going to be at a young age, so it is a good thing that the Williams’s decided to give Solicitor another go before moving him on to a new life.

State Solicitor’s sire Nicconi is from the ultra successful Danzig line. Danzig’s best known son was Danehill, although Nicconi’s sire, Bianconi, was also well known as a champion sire. Nicconi is known as a past champion with 17 starts and 6 wins. He most well known wins were the 2009 Ian McEwen Stakes, the 2009 Wellington R C Stakes and the 2009 The Galaxy.

Vega magic’s dam, Avendina Magero, was a great racehorse in her own right. She had many starts, racing until she was eight years old. By that time, however, she had changed owners and trainers and only ran three mediocre races in her six year old season. She retired to stud where she produced some beautiful foals including State Solicitor.

What State Solicitors future holds remains to be seen, but it’s hoping that his sixth placing in the Winterbottom Stakes is a sign of better things to come.