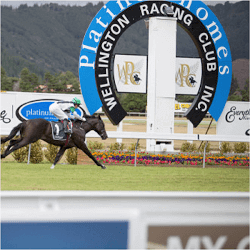 The Wellington Cup always attracts loads of sports betting action, and punters on the 2017 race have some several strong contenders to consider. Mister Impatient, the 7-year-old English gelding that took an upset win in 2016, is back in contention.  But he’ll face stiff competition from Fanatic, a 4-year-old mare also shaping up well this summer, plus in-form super-fit 5-year-old gelding Jacksstar, and 6-year-old gelding Balham, now racing with a tongue tie that seems to help his speed and stamina.

More than Racing on the Go

Although the racing action is what attracts most of the punters, at the track and online, the Wellington Cup Carnival Super Saturday is all about fun for the whole family. With the Wellington Cup generally acknowledged as New Zealand’s premier annual race, even those who don’t usually follow racing go along purely for the social occasion. Fashion, food and fun are all just as important as the thoroughbreds thundering down the track.

Early birds can get general admission to the racecourse for as little as $20, although membership of the Wellington Racing Club for the day only costs $80 and automatically enters you in a prize draw for $50,000. Hospitality options include the Fashion Verandah, the Logan Brown Dining Experience, the Great Sensation Marquee and the Cointreau Fizz Garden, among several others.