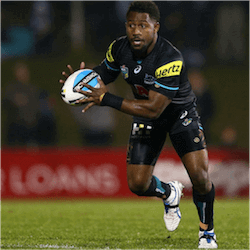 The messy tug of war over NRL star player James Segeyaro is officially over. The good news for Cronulla fans is that the ex-Penrith player is set to make his debut for the team this coming weekend. Having officially been released from English club, Leeds, Segeyaro is now free to join the defending premier champions.

A few days ago, Segeyaro was named in the Cronulla Shark’s original 21-man Squad for Saturday’s upcoming match against the Parramatta Eels. This was despite the fact that the Papua New Guinea international had not yet had his NRL contract registered. However, things turned out for the best as Cronulla officially announced the signing of a two-year deal with Segeyaro.

While James only received his clearance to train with the Sharks last week, the team were confident that he would be able to join them against the Eels. Cronulla have been working with the NRL for the past few months to negotiate Segeyaro’s release from his English club.

In an official statement to the press, the Cronulla team said that Segeyaro has been officially granted permission to train with the club. The statement went on to say the he had been provided with a release from Leeds Rhinos and once his NRL contract has been registered, he will be eligible to join the team on the field.

The Settlement with Leeds Rhinos

Segeyaro headed overseas last July where he signed with the Rhinos. His presents inspired nine wins from 10 games playing a vital role in team line-up. Things fell apart for Segeyaro when he failed to return to Leeds for the pre-season training. Staying in Australia, Segeyaro cited homesickness at the reason for not going back to the UK. Still under contract for another two years, the Rhinos threatened to sue Segeyaro. The team demanded a $A400,000 transfer fee for his release.

It is believed that the NRL negotiated his release with the inclusion of a settlement fee. Back home, Sharks coach Shane Flanagan said that Segeyaro would be an invaluable part of the team. The 103-game veteran would play a major role in assisting Jayden Brailey the young hooker who had to step up in the absence of Michael Ennis. Speaking to the press Flanagan said that he James has missed out on a fair bit of training and they would probably not see the best he can offer for a few weeks.