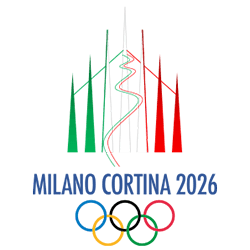 Milan and Cortina d’Ampezzo have been selected as the hosts of the 2026 Winter Olympics along with the Paralympics. The International Olympic Committee recently voted for Italy’s joint bid ahead of Stockholm, Sweden. Ice hockey and skating sports will be held in Milan, while the alpine skiing events will be taking place in the resort of Cortina. Other snow sports will also be held in the Italian Alps that includes Bromio and Livigno.

The 2026 Winter Olympics will take place throughout February, while the 2026 winter Paralympics will be held in March. Cortina had previously hosted the Winter Olympics in 1956, while Turin staged the Games in 2006. Only two candidates were let after the four other bidders, which included the Swiss city of Sion, Calgary of Canada, Sopporo of Japan, and Graz of Austria. All four of these cities had dropped out of the race due to concerns regarding the size and cost of the two events.

The results showed that Italy’s Milan and Cortina had received a combined 47 votes out of the 83 votes that had been cast. IOC president Thomas Bach, in a statement, congratulated Milan-Cortina, and said that they are looking forward to an outstanding and sustainable Winter Games in a traditional winter sports country. He added that the knowledge and passion of the Italian fans, along with the experienced venue operators, would create the best atmosphere possible for the many global athletes that will be participating in the event.