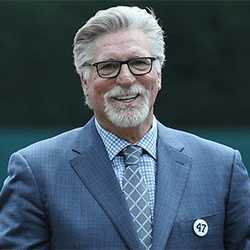 Detroit Tigers Hall of Famer and now MLB analyst and commentator, Jack Morris, has been suspended after using a mock-accent often used to tease and degrade Asian people. Morris used the mock-accent during Tuesday night’s game (Wednesday – NZ time) against the LA Angels.

In response to Matt Shepard’s question about what strategy Morris would advise pitchers take when facing Japanese player Shohei Otani, the Hall of Famer responded by saying, “Be very, very careful” in a mock-Asian accent. He has apologised for the incident, saying he had not meant to offend anybody.

Broadcaster Bally Sports Detroit has in the meantime issued a statement apologising to the Asian community for Morris’ remarks, adding that the commentator has been suspended indefinitely from the broadcaster’s channels. He will reportedly also be expected to attend training that will educate him on the impact of jeering commentary while serving a racially diverse sports community.

Morris has been broadcasting and analysing MLB games since 2013. Named MLB Hall of Famer in 2018, he won 254 games over the course of his 18-year career. He’s been covering Tigers games ever since 2015.

Fans and viewers have delivered a mixed response to Morris’ remark – with many demanding that he be fired instead of merely suspended. The latest incident isn’t the first of its kind involving the Tigers Hall of Famer. He during his final season with the team was made to apologise for a sexist remark made towards Detroit Free Press reporter Jennifer Frey.

Just one year after joining the cream of the crop in the American League Cy Young Award race, Luis Severino has been selected to start the season opener for the ….

Astros Beat Dodgers to Level World Series   Any hopes the Los Angeles Dodgers may have had of sweeping Major League Baseball’s 2017 World Series after their Game 1 victory against ….