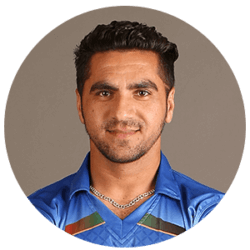 Fast bowler for Afghanistan, Aftab Alam, has been given a one-year suspension from all international and domestic cricket events and matches. The suspension was issued by the International Cricket Council for a code of conduct violation during the ICC World Cup 2019.

Alam was initially withdrawn from the national team and sent back to his home country under exceptional circumstances, which was announced by the ICC. It was later revealed that he player had been sent home after allegations arose of him misbehaving with a female guest at their team hotel in Southampton.

The incident took place at the end of June, after the player had participated in his final game that saw his team lose to India by 11 runs. This wasn’t the only time that the player has faced disciplinary action, however. He was suspended for two matches by head coach Phil Simmons after not attending an ICC anti-corruption unit meeting that took place at the end of June.

The 26-year-old pacer also found trouble during the Pakistan-India game that took place at Old Trafford in mid June after he arrived at the game and caused problems in one of the hospitality rooms. The decision for his suspension followed an investigation by the Afghanistan Cricket Board disciplinary committee, which was then expanded upon at the board’s annual general meeting that took place in Kabul. The committee ultimately found the player guilty and issued the year long ban soon after.