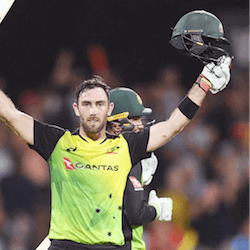 New Zealand kept their hopes alive of a Tri-Series trophy when they scrapped through to the finals despite losing to England on Sunday night. Batting first, England posted a respectable score of 194 for 7 thanks to Eoin Morgan who posted 80 runs of his own. In order for England to advance to the finals though, they needed to restrict New Zealand to 175 for a superior net run rate.

It was not to be though as Colin Munro and Martin Guptill took on the bowlers. Despite losing by 2 runs, New Zealand had the higher net run rate and booked their place in the finals against an unbeaten Australian side.

Returning to Eden Park, New Zealand had the mental advantage but the weather was against them. After the second major downpour commenced, the match was called off and the Duckworth/Lewis decision went the way of the Australians.

New Zealand won the toss and elected to bat. Thing started well for the Kiwis who raced to 46 without loss. Marin Guptill eventually fell at the hands of Stanlake along with Monroe on 29. Agar then ran through the middle order before Ross Taylor clocked up some heavy hitting in his 43 not out.

In the end, Australia was chasing a fairly low total of 151 considering that the ground is hailed as a batter’s paradise. Australia were already on the back foot having lost Chris Lynn who dislocated his right shoulder midway through New Zealand’s innings. This did not affect the course of play though as Australia quickly raced to 55 without loss after 6 overs.

Heavy showers then interrupted play. When Australia resumed, the spinning pair of Ish Sodhi and Mitch Santner gave New Zealand a bit of hope, taking wickets in consecutive overs. It fell to Glen Maxwell and Aaron Finch to steady the ship for Australia before a second set of heavy showers forced play to be abandoned altogether. Having the superior run rate, Australia were awarded the win when the Duckworth/Lewis method was implemented.