Batting the Problem for the Black Caps 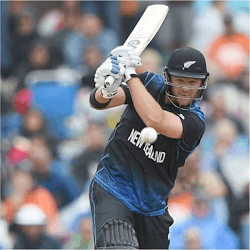 Batting Issues for the Black Caps

After going down 2-0 to Australia in the first two games in the Chappell Hadlee series, New Zealand had a lot of work to do to restore some pride to New Zealand cricket. But it was not to be. The Black Caps suffered a comprehensive 3-0 thrashing at the hands of the Aussies, grudgingly giving up the silverware that had been warming the shelves in New Zealand for some time.

Unlike the first two games in the series, where the bowlers let the side down, the loss of the final game was solely due to the poor batting performance. Openers Tom Latham and Martin Guptill did a reasonable job of providing some support at the start of the innings. With the help of the captain Kane Williamson in at number three, New Zealand racked up 74 runs for the loss of one wicket before the wheels came off and the game came crashing in around them.

Chasing a reasonable target of 265 for victory, the New Zealand side utterly collapsed in front of the 20 000 odd spectators who looked on in utter horror. After the loss of the second wicket, a total of seven wickets fell for a meagre 52 runs in only 87 balls. By this time the game was up and Australia claimed the win by a massive 117 runs. The whole of the New Zealand innings only lasted a paltry 36 overs. So where did it go wrong?

It all started so well with Latham striking the ball well, finding the gaps before giving away his wicket with a soft catch behind. Williamson was little help, given LBW after a referred decision that showed the ball tracker striking leg stump. When Guptill clobbered the ball from a gentle Travis Head spin, it was clear that New Zealand were resorting to desperate measures. A Yorker from Mitchell Starc swept past Henry Nicholls, slamming into his leg stump, meanwhile BJ Watling walked away with another LBW.

Colin de Grandhomme tried his luck, slapping a massive six down the ground before being caught by head at deep square leg. The end came with a predictable and sombre performance from the tail enders. Too much damage was done higher up the order despite the run rate being on target. Steve Smith finished off the match with a spectacular one-handed catch to finish off the series.