Big Bash League – How The Teams Stack Up 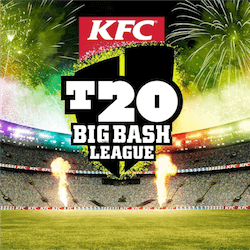 How the Big Bash League Teams Measure Up

The seventh instalment of the Big Bash league is just around the corner and bigger than ever. Each team has two more games added to their schedule. We take a look at how the teams stack up:

With Brendon McCullum and Chris Lynn in the batting line-up, the heat has some serious weaponry at their disposal. We have to remember that Lynn scored over 300 runs in his last five matches. There is also Alex Ross and Ben Cutting who could prove to be extra valuable. The only weakness we can find here is perhaps their lack of fast bowlers.

The Strikers have plenty of young talent with leg spinning sensation Rashid Khan leading the pack. Having picked up 43 ODI wickets in 2017 alone, he is a formidable opponent. In terms of batting, Alex Carey, Jake Lehmann and Jake Weatherald have all proven more than handy with a bat. The only issue here is if the young team can score enough runs when needed.

The Stars may be lacking in a title, but they are certainly consistent. With two spinners and youngster Liam Bowe showing promise last season, they have enough firepower to get the job done. The acquisition of Dunk along with veterans Quiney and Pietersen will give the team the stability it needs in the batting line-up. It remains to be seen whether the Stars can perform in the finals though.

Last year the Hurricanes banked on Sangakkara which sort of flopped while Broad was reasonably serviceable. This year the team can be fairly confident about their most recent import with Mills having a particularly good Twenty 20 record to bring to the table. On the other hand, the batting line-up does look a bit slim.

The Scorchers are probably one of the most settled sides in the BBL. They are known as the competition’s pace setters and their fast bowling outfit is one to be feared. Johnson is perhaps their biggest threat but with like of Behrendorff, Richardson and Coulter-Nile in the mix, there is plenty of talent to choose from.

The Thunder has the potential to put on some seriously big scores. They have two rising stars in the form of Kurtis Patterson and Ryan Gibson along with the likes of Callum Ferguson and Aiden Blizzard who are no stranger to big hitting. Their main weakness lies in their lack of depth in the fast bowling department. Last season both Sandhu and Fekete failed to impress.

After constantly underperforming, the Renegades had a much better season last year. Finch had a good run at the top of the order and the team should be fairly confident in their batting outfit. They also have the addition of Ludeman and Hodge who have both been in form of late.

The Sixers have a dynamic and versatile bowling attack this year. Sean Abbot is the key player her while both Bird and Jackson are certainly going to be difficult to get away. However, with Bollinger, Lumb and Haddin out of the side, there is an experience hole, which could prove fatal when the heat is on.