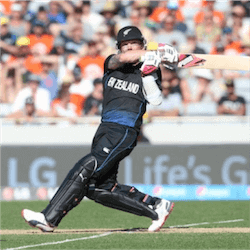 While punters and cricket fans celebrated the return of the Chappell-Hadlee Trophy to this side of the Tasman, the series win against Australia gave us more to think about than just the celebration of another ODI home win. The victory at Seddon Park and Eden Park took New Zealand to a record 26 wins from 30 ODI since the start of 2015. This has been the best run for New Zealand since the team played their very first ODI against Pakistan in 1973.

To put this into perspective, the second highest successful ODI run for New Zealand was over a 10-year period between 1976 and 1986. During this time, the team won a total of 18 matches out of 22 played. While the numbers certainly show how the sport has grown in today’s sports centric society, it does give one pause for thought. This latest run for New Zealand includes the Black Caps successful march to the 2015 World Cup Final. What this all means is that New Zealand have become a formidable team on home soil.

New Zealand’s latest success is particularly welcoming against Australia who hammered the Black Caps 3-0 in December. While it may have helped having Dave Warner and Steve Smith missing from the line-up, it should be noted that the Australians did give the Black Caps a run for their money. This was plainly evident when Marcus Stoinis stepped up to bat at Eden Park. Scoring a sensational century, the young Australian batsman took New Zealand right to the edge.

While the series win certainly meant a lot for the players, Coach Mike Hesson spoke openly to the press. He explained that the win was important to everyone in the New Zealand side. He said that he was delighted in how the team fought back when they were under pressure and they deserved to bring the trophy back to New Zealand.

In test cricket, New Zealand has also shown dominance at home. The team have won a total of 7 out of 9 tests since the start of 2015. Their win record includes wins over Pakistan, Sri Lanka and Bangladesh. The two losses have both been to Australia. In T20 cricket, New Zealand are ranked at number 1 in the world Their T20 record since the start of 2015 includes 7 wins and a single loss against Pakistan.