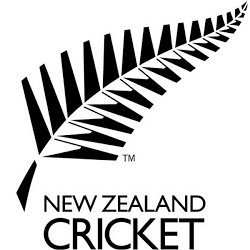 It is very easy to guess which subject has been avoided like the plague in New Zealand this week –the last time they faced Australia in a One Day International on this side of the Tasman… No surprises here.

The World Cup final which took place in Melbourne last year March went very badly for New Zealand, but they went on to beat Australia with a final score of 2 – 1 and remain the keepers of the Chappell-Hadlee Trophy after this, and, obviously, they are hoping their winning streak will continue.

Seven years have passed since New Zealand last played against Australia at the Sydney Cricket Ground, and they didn’t win then either, in spite of a fine century from Grant Elliott. Thanks to the Chappell-Hadlee Trophy win, however, their frame of mind come tomorrow’s rematch will be a positive one, and perhaps the winds of change will blow another defeat away.

Tom Latham, opener, has said that this game is an important one in their ODI calendar, and that the team was definitely looking forward to the match.

The world of Australian cricket has been somewhat in turmoil recently, with their Test team turned upside down and the team coming off a 5 – 0 series defeat in South Africa. Yet they are still the number one team in the world as far as this form is concerned, and remain two places above the Black Caps. The Australian team is settling in, and, thanks to the fact that Pat Cummins and Mitchell Starc have been added, with the latter famous for his devastating bursts, and the former renowned for his speed, albeit somewhat slowed after another injury layoff, there is hope on the horizon.

Latham has stated that he is positive that “they will be looking to right… wrongs, and play… good cricket”, and reiterated that his team are more than aware of how well the Australians generally fare in games which are played “in their own backyard”. He went on to say, however, that the NZ team are able to “adapt to the surface”, and that this factor, along with all the other strengths the Black Caps bring to the field, will give them a fighting chance.

Lockie Ferguson, the newest quick-bowling hope for the Black Caps, managed to whistle a number of balls past his captain Kane Williamson in the nets in Sydney yesterday. Latham also faced him, and confirmed that his balls were coming “pretty quickly”.