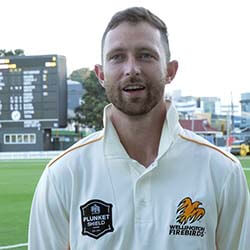 The series opener on Monday the 22nd of February marked the first international Cricket game played under the Hagley Oval lights. And it only commenced after a minute of silence was observed, marking the 10-year anniversary of the earthquake in Christchurch that took the lives of 185 people.

Devon Conway, the South African player who now features as a left-hander for New Zealand, smashed an unbeaten 99 in the first of 5 upcoming Twenty20 series matches against Australia on Monday. This feat rescued the Kiwis after a relatively insecure start and helped them power through to defeat Australia by 53 runs.

Showing up to bat 11-2, Conway delivered ten 4s and three 6s during his 59-ball knock. This saw his team reaching 184-5 in their 20 overs after Aaron Finch, Australia’s captain, won the coin toss and chose to bowl first.

The best Australian batsmen fell short of counteracting the pace twosome Tim Southee of Trent Boult made as they lowered the chase to 19-4. Conway stole the limelight once more thanks to his 2 catches. And while Mitchell Marsh offered up some resistance with his 33-ball 45, it was too little too late for the touring side. They got hustled out for 131 as Ish Sodhi cleaned up the lower order with 4-28.

Conway says all he does is try to remain positive from the word Go because this helps him not to plan too far ahead. When he enters the zone all he does is play the best Cricket he can.