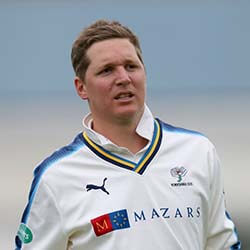 The plot around the Yorkshire County Cricket Club racial controversy thickened further this week after former England batsman Gary Ballance admitted having been one of those to have used racially offensive language to Azeem Rafiq. Ballance said he had no other option but to make this admission as several leaks to the press have threatened to sketch a misleading impression of him and his involvement with Rafiq.

He added that he deeply regrets the sort of language uttered by him in the folly of his youth.

The former England Under-19s captain has now indicated himself ready to name actual names of those he claims had made racial remarks towards him during his time at the club. This decision comes during a time of escalating anger towards Yorkshire by lead sponsors of the club and MPs alike over its supposed failure to properly address the many issues facing it right now.

While Yorkshire has yet to release the full report following its own internal investigation, with only a summary released up until now, the complete picture of the racial scandal may soon be revealed as parties step forward to speak at parliamentary level without fear of consequence.

According to information revealed by Rafiq to a British newspaper, he intends on giving evidence and actual name-and-shame details as he seeks closure to a saga he says has left him emotionally as well as mentally drained. He first made the racial allegations against the club during an interview in August 2020.