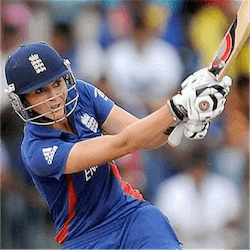 But Kiwi sports betting fans have access to top-class cricket long before then. The ICC Women’s World Cup Qualifier in 2017 runs from February 07 to 21 in Colombo, Sri Lanka. Ten teams are battling it out for four remaining places in the June tournament. Some narrowly missed qualification last year, so there will be plenty of competitive matches to bet on.

India is probably the strongest team in Group A. Fresh from a convincing victory in the Asian Cricket Council Women’s T20 2016, they have some big hitters. The biggest competition in their group should come from host Sri Lanka, who will meet India in the opening match of the Qualifier.

Sri Lanka, like South Africa, Pakistan and India, is in the running by virtue of its finish in the bottom four of the 2014-16 ICC Women’s Championship, which still leaves all four in the world’s Top 8. Ireland joins India and Sri Lanka in Group A thanks to its ODI status in the world’s Top 10, and the last two teams in the group are regional qualifiers Zimbabwe and Thailand.

In Group B, the tussle between South Africa and Pakistan will probably dominate betting, especially with the African team smarting after missing the Top 4, and automatic qualification, by one point last year. The Pakistan side are hard at work at a practice camp in Karachi, while the South Africans are already acclimatising to the sub-continent with a five-match bilateral ODI series in Bangladesh. Three matches in, the visitors are leading the series 2-1.

Bangladesh, like Ireland, is in the Qualifier because of its ODI status, and it completes Group B with regional qualifiers Scotland and Papua New Guinea.