IPL 2022 Could Be Played In South Africa 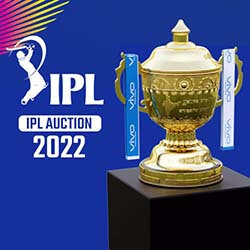 With the number of infections in India rising rapidly, the BCCI is now considering a “Plan B” for the 2022 Indian Premier League (IPL) season, and one that might see the competition head to either South Africa or Sri Lanka.

The contingency plan will depend on whether the current surge declines by April.

South Africa is a favourite alternative because of the country’s successful hosting of the T20 league in 2009. According to a BCCI official, who said the organisers of the event are keen to explore alternatives outside of the Gulf, South Africa’s time difference also works out well for everybody involved in the flagship competition.

Another point in favour of South Africa in terms of hosting this year’s IPL has been the country’s handling of the India A series. Thanks to a proactive approach to health and safety, the Tour has gone ahead without any major disruptions.

India’s time zone places it 3 hours and 30 minutes ahead of South Africa. This means IPL games wouldn’t have to be played late at night, which had been the case in the UAE. Should television broadcasters stick to the preferred 7:30 pm (IST) timeslot for bowling the first ball, games in South Africa would start around 4:00 pm.

Players have in the past regularly complained about matches finishing after midnight. Erratic schedules coupled with regular air travel has proved problematic for payers unable to rest and recover between playing and training sessions.