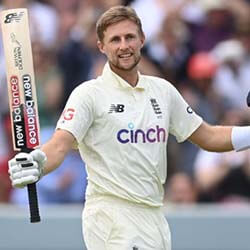 England captain Joe Root has taken full responsibility for his side’s 151-run Test loss to India. He says his leadership involvement has been tried and found seriously wanting.

Root clobbered an unbeaten 180 during the first innings – thereby keeping England alive in the second Test at Lord’s. He however failed at keeping India from gaining their stellar winning momentum. And it’s been momentum to include a right turn-around from a previously tail-ending duo made up of Jasprit Bumrah and Mohammed Shami.

According to the England skipper, he had been anything but in prime leadership form during India’s majestic fightback. Instead, he said he’d been ordering nonsensical placings on the field and a general failure o the discipline end of things for his side’s bowling onslaught.

It seems to have been a largely tactical fail for Root against India, and by his own admission too. Making matters even worse is the fact that he’s now sulking it up at a losing streak of seven games in a row as captain of England’s national side.

Even though at several points it seemed as if England might have been able to make a come-back, it all proved too much for the home side in the end. And it’s a loss that’s seeped all the way into putting poor records on the scoreboard too – with the number of ducks by English Test batsmen for the year now at a very uncool 39.

The third Test between India and England gets underway on August 25.