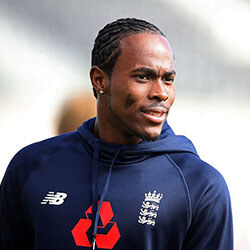 Tom Curran, Liam Dawson, and Jofra Archer have all been selected to take part in the official English squad for the upcoming World Cup, while Joe Denly and David Willey will not be taking part. 24 year old Archer who was originally born in Barbados, qualified to play for the country in March, and has been chosen for the World Cup after playing only three one day internationals.

The decision left one further pace bowler place for the 15-man team, and Surrey-born Curran has managed to edge out left armer Willey. England has also opted to include specialist spin left armer Dawson instead of their original option of all-rounder Denley. The country, which have been chosen to host, have never won a World Cup before, and will be beginning the tournament as the favourites.

Being lead by captain Eoin Morgan, they will be starting the tournament by taking on South Africa, where they will be playing at the Oval. Willey and Denly were named for England’s provisional 15-man team earlier in the year alongside batsman Alex Hales. Hales was ultimately let go after a suspension. Archer, who was absent from the provisional squad, was given a chance to impress during a won off win in Ireland and the 4-0 victory over Pakistan that followed closely behind. He will be joining Mark Wood, Liam Plunkett, Chris Woakes, and Curran as pace bowlers for the team as they prepare for the World Cup.