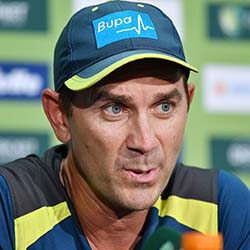 The future of national cricket men’s coach Justin Langer remains in the balance and very much unclear. While Cricket Australia (CA) has remained defensive about the squad’s performance under Langer’s watch, the organisation recently issued a statement that makes no mention at all of Langer’s current contract – not to mention the likelihood of an extension beyond next year.

Langer is currently at the receiving end of a hot spate of backlash following the national side’s below-average string of recent performances. And it’s an unhappiness that reportedly extends right into the dressing rooms – with Langer’s mood swings and dictatorship style of management again a hot topic of contention among players.

The national coach’s behaviour made controversial news headlines once again last week. This after he allegedly became involved in a confrontation with a digital member of staff at CA. Langer was reportedly unhappy about a video of Bangladesh’s victory song that had been posted on social media as well as on Cricket Australia’s official website.

Many have however remained in support of Langer, despite his clearly abrasive personal style. According to CA chief executive Nick Hockley, he’s performed an impressive task of raising the very culture of the men’s side since taking over the role as national coach. While steering clear of any comment regarding Langer’s possible future within the organisation, Hockley appeared full of praise for the controversial coach.

Hockley said Langer and the team have important roles to play as Australia heads into what will hopefully emerge a successful summer.