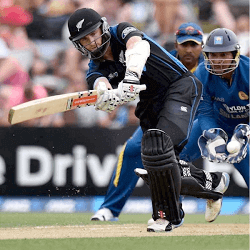 Currently ranked the third best batsman in Test cricket, the celebrated and decorated Kane Williamson seems to be onboard to smashing a few records while he is in his first few months of his full time captaincy. He took on the mantle in 2017 during the world Twenty20.

If he keeps his averages stable this coming year, he will be able to reach 5000 runs in 7 to eight innings. That is not all this player has hidden in his record breaking sleeve.

He is also in the record breaking line with most test centuries scored, the most ODI centuries, along with most consecutive ODI innings of 50 runs or more.

If you study the statistics even further, you may notice that the captaincy has in fact improved Kain’s average score. This may come as no surprise to fans that have been following his career.

In Williamson’s first international debut, he captained the New Zealand under 19 team as a 17 year old. The team made it to the semi finals where they unfortunately but valiantly lost out to India.

Kane’s other accolades include various man of the match and man of the series awards.

Kane has been a constant source of pride for New Zealand cricket, his domestic turns with Northern Districts, Sunrise Hyderabad, Gloucestershire and Yorkshire brought him great acclaim and his eventual permanent placement as the New Zealand captain.

Tauranga Boys College coach, Pacey Depina who trained Kane stated that Kane has a thirst to be phenomenal but never at anyone else’s expense.

Williamson can be seen in upcoming performances by New Zealand including four 20I’s, 10 One Day Internationals and 5 test matches. New Zealand’s next matchup against Bangladesh is sure to be a cracker.

Bangladesh wants to make a comeback from a stinging defeat on Monday while Kane is surely hoping to keep his teams dominance intact while improving his 31 from 36 batting score.

It is still early in Williamson’s tenure as captain but of the past games are anything to go be, we are in for a great ride with this talented player at the lead of the team.