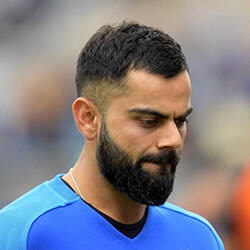 The opening game for the 2020 TwentySeries on Friday the 24th of January was the first time that the Black Caps and the Men in Blue have faced off since the World Cup Semi-Final last July. It was a tense game which eventually went to the Kiwis. It saw the Indian squad being denied a spot in the Final for the second time in succession, but Captain Virat Kohli says revenge couldn’t be further from his players’ minds.

Kohli spoke of how pleasant the Black Caps are and said that retribution has never crossed his mind. He spoke of how well the two teams get on and how it all comes down to simply playing good Cricket at the end of the day. He mentioned his comments on the squad last year, where he lauded them for setting an excellent example for other teams playing at the international level.

Kohli discussed the Men in Blue’s plan of action for 2020, saying that their sole intention was to bring their very best to each ball of the game. He added that he prides himself on ensuring that everyone behaves respectfully on the pitch, saying that their behaviour was a mark of respect and that he hopes this sentiment goes both ways.

The Skipper went on to say that his team was really pleased for the Caps when they qualified for the finals. He explained that you need perspective when you’re playing at this level, and one must always look at the bigger picture no matter what’s going on in the moment.