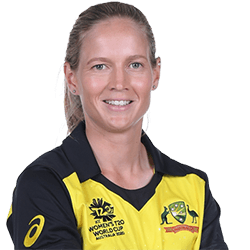 Aussie women’s cricket captain Meg Lanning says she’s concerned about the trajectory and momentum noticeable around the preparation of teams in view of next year’s 2021 Women’s World Cup.

Although a final call has not yet been made on the matter, the event is currently still scheduled to go ahead as planned according to the original calendar as announced by the ICC. Lanning has however repeatedly expressed feeling seriously concerned over not enough women’s cricket being played in the face of a World Cup inching ever closer and closer still.

Whether or not every team about to compete in the competition will by next year have had equal opportunity to adequately prepare is according to Lanning something the ICC will have to seriously consider and weigh up against the bigger World Cup picture. There even at this late stage of the proceedings remain several teams yet to go through the official qualifying process – all of which doesn’t bode well in relation to Lanning’s concerns. As things stand at the moment, there presently remain 3 spots open and up for the taking. The battle for the 3 open spots will be fought between Ireland, Pakistan, the West Indies, Thailand, Bangladesh, Zimbabwe, the USA, Netherlands, and Papa New Guinea.

The only women’s cricket currently available on the calendar are India’s tour of Australia in January, and Australia and New Zealand’s upcoming showdown towards the end of September.

Lanning’s concerns over whether full equality and fairness will reign next year, are therefore more than reasonable.