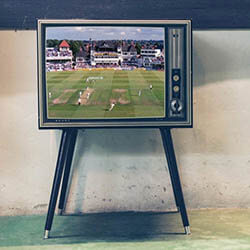 The silver lining in terms of the novel coronavirus COVID-19 pandemic lockdown response is that New Zealand Cricket and Spark Sport have launched a brand-new partnership. It means we’re going to be getting more Cricket on our TV screens in the form of both archived and new content. It’s going to be available for free on the streaming platform until the end of May.

David White, the Chief Executive Officer of New Zealand Cricket, and his Head of Spark Sport counterpart Jeff Latch recently made the announcement via Zoom, the videotelephony and online chat service. It comes in the wake of an agreement the two parties reached late last year regarding broadcasting rights to the game.

Audiences will be able to start watching new interviews with both current and former members of the Black Caps and the White Ferns, along with the best-ever matches that have taken place on Kiwi soil over the last 20 years across all three Cricket formats.

Latch added that his company is also going to be making a concerted effort to bring more women into view, pointing out that this element of Cricket has been sorely lacking over the last two decades.

He stated that there is a deliberate strategy in place that ensures that more women’s sport will be viewable on the streaming platform, promising to cover all White Ferns matches live. He said that Women’s Cricket will complement the other female centred sports already being offered on Sky Sport, including the Women’s Tennis Association games and Pro-Series Hockey matches.