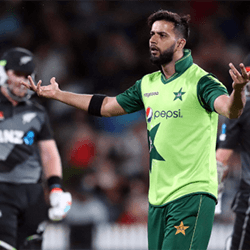 The Black Caps’ dramatic win against Pakistan in the first Test has given their hopes of securing first place in the World Test Championship a much better chance of coming true. New Zealand’s national team have proved they’re worthy contenders thanks to their solid victory over the Shaheens in the tail-end of the first Test at Mount Maunganui. The Black Caps will come out on top of the rankings if they manage to win this series.

The Black Cap bowlers are the ones to thank for the surge in the late final session that ended the match with a 101-run victory. They’re the reasons the team is still in the running to reach the World Test Championship final in 2021. Pakistan was chasing a 372-run victory target but got dismissed for 271. There were 4.3 overs left when the win was declared.

NZ Captain Kane Williamson said that the game was brilliant. He stated that both teams did their level best and described Pakistan’s second innings as incredibly resilient. Mohammad Rizwan let it be known that the Shaheens were not overly disappointed with the game’s outcome, saying that that’s the nature of the game. He said that although the game was lost, his team is still firmly in the series.

The second, and final, game in the two-Test series will be held at the Hagley Oval in Christchurch from January 3, 2021. And the pressure is on. New Zealand needs to win this game as well if they want any chance of making it to the Test Championship final.