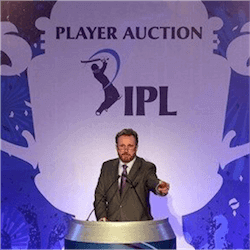 New Zealand opening batsman Martin Guptill will be one of 19 New Zealand cricket players hoping to rake in the cash at the Indian Premier League auction next week. Despite being in incredible form, Guptill went unsold last year until the Mumbai Indians picked him up as an injury replacement. This year, he is listed second out of 351 players who hope to be signed in Bangalore next week.

Going into the auction, Guptill, along with Black Caps team mate Ross Taylor set his reserve at a surprisingly low 5 Million Rupees. This equates to around NZ$104 000. He is however competing against the likes of Jason Roy, Eoin Morgan and Alex Hales. Of the New Zealanders hoping to be picked up, Trent Boult has set the highest reserve at an impressive $312,000. The New Zealand swing bowler has stiff competition from the Australian quick bowlers including Mitchell Johnson.

Boult is also competing the South African rising star Kagiso Rabada who has been in incredible form lately. Boult will be feeling quietly confident though after pulling a six-wicket haul against Australia in Hamilton. After Boult, Corey Anderson is next highest on the reserve list of Kiwi players. The all-rounder has set his reserve prize at a cool $208,000. He will be competing against Sri Lanka’s Angelo Mathews and Ben Stokes of England who both set their reserve at a much higher $416,000.

In 2015, Trent Boult sold for $790,000 to the Sunrisers Hyderabad. He was subsequently released after two seasons as Mustafizur Rahman, the Bangladeshi left arm bowler moved ahead of him. Corey Anderson completed three seasons with the Mumbai Indians, having been snapped up by the team for an impressive $936,000 in 2014. Along with Guptill, Anderson and Boult, Conlin Munro who played or the Kolkata Knight Riders completed the list of players released in December 2016.

The New Zealand contingent heading to the auction include both young and old. The players range from rising stars such as Glen Phillip’s to outlier Jessy Rider as well as some classic names such Nathan McCullum and Grant Elliott. Phillips will be hoping to attract some attention showing some incredible T20 cricket talent. His low reserve of $20,800 hopes to override the fact that he has yet to play in the international arena.