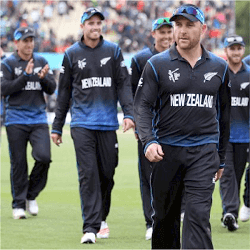 With New Zealand finally entering the last ODI test match against Bangladesh, it is clear that the Black Caps are in top form for 2017.

This will be the third and final match that New Zealand faces against Bangladesh and so far they have been dominating.

There were game changing contributions from Martin Guptill and Kane Williamson. Most exciting of all was the return of Ross Taylor after eye surgery at the start of December. He returned to the pitch in stunning form.

These last matches have been great preparation for next month when New Zealand face Australia for the Chappell-Hadlee Trophy.

Other stand out performances during the ODI matches came from Neil Broom with an ODI high of 109, Tom Latham also with a personal high of 137 and Colin Munroe who made a more than respectable 87.

Tom Latham’s powerhouse opening performances this year seems to be leading him to replace Brendon McCullum in ODI play. With an average of 61 and a strike rate of 89, Latham is set to have an influential 2017 on the team.

There was a lot of expectation set on Broom to help support the batting side since the returning Taylor was not necessarily 100%. Luckily Taylor, along with the support of his teammates made an exemplary showing.

Broom seems to be set for the no 5 batsman spot in the coming Chappell-Hadlee matches in the New Year.

Jimmy Neesham has also been a proven asset, although he performed his best against Australia earlier this year in Canberra. His game is not as consistent as many of the other players but he seems to pull out great performances when he is required to.

Tim Southee made full use of the Saxton Oval ground’s unique nuances, but the tables will be turned when New Zealand face Bangladesh on their own turf. So far New Zealand has an amazing 9 ODI record at home against Bangladesh.

Southee stated that Bangladesh are great cricketers when they are playing on their home grounds and through the right choice of players and tactics, they wanted to make the match as hard as possible for Bangladesh.

With the finesse and raw power that New Zealand has displayed this year, 2017 may be another great year for the Black Caps team. The Chappell-Hadlee match ups will be the real test of mettle for this year’s Kiwis.