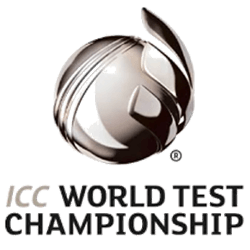 New Zealand recently opened their defence against India in the World Test Championship after coming home from a long road trip, as well as a disappointing failure at the T20 World Cup. After losing at 3-0 against India during the T20 series, not too far from their final defeat by Australia at the World Cup.

Morale among the Black Caps is at new lows as they prepare for their first test against India, to be played in Kanpur. The blow is especially hard as it comes not too many months after the team won the inaugural WTC trophy earlier this year in June, but it has been something of a downward spiral since then.

Part of their current difficulties is missing players, which include Colin de Grandhomme and Trent Boult, both of which offered incredible skill to the team during their matches in June. Head coach Gary Stead explained to reporters that the team was really feeling the pressure of the challenge that they are facing down. He added that India are some of the best spinners in the world, and that it would be difficult to keep morale high, especially considering that the Black Caps have not won a test series against India since their 1988/89 tour.

Before the start of the event, New Zealand will be having two training sessions as a full team, with their T20 players re-joining the squad after their recent loss in Kolkata.