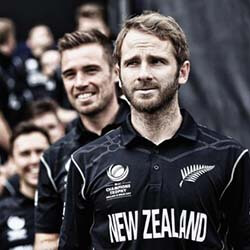 Following an impressive season, New Zealand has won the World Test Championship final against India. This is the team’s first international victory since Stephen Fleming led the Kiwis to victory in the 2000 ICC Knockout Trophy. This has ended 21 years of heartbreak, as some have dubbed it.

Luteru Ross Poutoa Lote Taylor, or Luteru Taylor as he would like to be known, clubbed a four to secure the win. He has reverted to this name to be true to his Samoan heritage. He had been called Ross in school after having teachers and classmates battle to pronounce Luteru.

This without a doubt one of the greatest highlights of his career, especially considering that he thought that he lost his chance of winning a final following the loss of the 2019 World Cup. He has mentioned that if they had won back then, he would have most likely retired. Luckily, persistence has paid off and his dream has now become a reality. The final also celebrated another milestone for the player, 18000 runs in international cricket, and made the list of top 10 Test catchers by making his 158th catch.

While the team’s success comes about as a collective effort from so many skillful players, Taylor has cemented his name in history by shutting the door on India. Of course, there was a point in the game where the odds were in India’s favour, however, that quickly changed in the 54th over as Taylor took a single.

While Samoa may not have an established cricket history or team, that did not stop Taylor from achieving his dreams of competing in international cricket.