No ODI for the Baggy Greens and the Black Caps 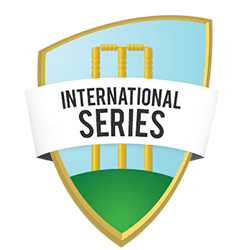 Australia’s One Day International Series against New Zealand has been abandoned, with Black Caps players rushing home before the coronavirus measures went into effect on Monday the 17th of March. The trans-Tasman Cricket clash kicked off on Friday the 13th, with Australia emerging the victors in the first match of the three-game series which was played in an empty Sydney Cricket Ground.

The National Rugby League, Super Rugby, and A-League Soccer seasons are on the verge of being shut down as well following the New Zealand government’s new border restrictions being implemented to try to control the coronavirus outbreak. There are several Kiwi teams involved in these competitions and international arrivals in New Zealand are being forced into isolation for the recommended two-week period. New Zealanders, in general, have also been counselled to call off any non-essential travel.

When the measures were announced, the NZ Warriors were playing the Newcastle Knights for the opening NRL match in Newcastle and were defeated in a 20-0 game that went to the latter. A proposition is likely to be made for the Warriors to remain in Australia and play all their games there until border restrictions are loosened.

The Club will probably refrain from committing until more information is available on what the restrictions entail, however, and player opinion will be canvassed. Many of them have young families waiting for them in Auckland and odds are that they will be reluctant to remain offshore for an indefinite period.