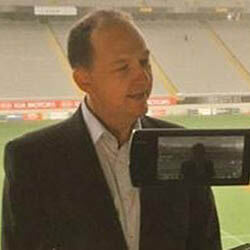 The Deputy Chief Executive for New Zealand Cricket has handed in his notice as the organisation loses 15% of its workforce. The decision to make cutbacks was made due to bleak budget forecasts in the wake of the novel coronavirus COVID-19 pandemic and the lockdown efforts to contain it.

Anthony Crummy hails from Australia and had been in charge of Kiwi operations for the Cricket World Cup in 2015 before he joined NZC. He said his goodbyes in the Auckland Head Office recently, and more vacant desks are going to follow. An additional 12 of the 80 NZC employees in Auckland and Lincoln have been cut from the payroll too.

Chief Executive Officer David White confirmed the cuts recently, explaining that they’ve been made in an effort to find NZ$6 million in the budget. White did not comment on how many people would be let go from each office or comment on which specific roles had been deemed as non-vital. But, interestingly, Crummy was not one of those staff members being shown the door, and insists that his departure is mere coincidence.

Crummy weighed in, saying that he understands why people have been making the connection, but he’s actually been thinking about what’s up next for him for some time now. He explained that, although he’s loved NZC, he’s been there for five years now and feels that the big projects he’s been involved in have been enough. He commented that upon finishing the last one, pre-COVID-19, he’s decided to make a move.