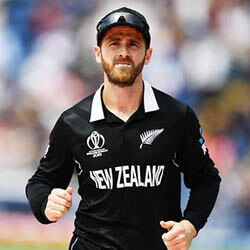 New Zealand Cricket has roundly denied claims that the skipper for the Black Caps Kane Williamson’s captaincy is being reconsidered.

There were concerns over his status earlier on in 2020 in the wake of the Black Caps’ disastrous Test Tour of Australia which New Zealand being swept 3-0. Questions started doing the rounds about whether Williamson was carrying too much of a load across all three game formats.

James McOnie, broadcaster for The Crowd Goes Wild, says that Coach Gary Stead is considering making Tom Latham Test Captain and that a change may be in the works. A tweet by McOnie alerted his subscribers to a possible coup.

A spokesperson for the Black Caps roundly denounced this suggestion, however, saying there is absolutely no truth to what McOnie claims to know. And, if the truth be told, Williamson doesn’t seem particularly concerned over paranoid suggestions about his leadership. When he returned from the admittedly humbling Australian Tour he brushed talks about his being fired off.

He explained that his job was intact and said that he remains grateful to be part of such a wonderful team of players with a shared passion to move the squad forward. He went on to say that he loves his job and appreciates how much he’s learned about himself and his team so far. He added that challenges are part of the journey and that his work is helping his team to keep moving in the right direction.