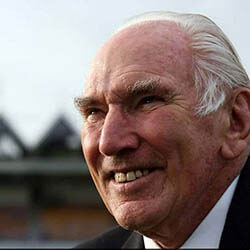 One of New Zealand’s finest cricket players ever to have played in the country’s history participating in the sport at international level, has died. New Zealand allrounder and the country’s oldest surviving Test cricketer, John Reid, died on Wednesday at his Auckland home. He was 92.  His family did not disclose the cause of his death.

A strong and forceful middle order batsman and a solid and dominating fast-medium bowler, Reid even excelled at keeping the wicket. In an era New Zealand shed much tears and blood trying to make its mark in the international arena, Reid soon emerged one of only a handful of world-class Kiwi Test players. Having risen to the top of his own domestic game very soon after the country first began playing tests, Reid would ultimately go on to dominate the domestic scene for very close to two decades.

All throughout an impressive 58 test caps played for his country, he missed not even a single test before eventually stepping down from professional cricket in 1965. As skipper of the New Zealand national side, he led the country on an impressive total of 34 occasions.

Reid’s only fault had been that of playing Test cricket for his country in the wrong era. Had his fate been to instead play for the national side in the era of One Day Internationals in the 1980s, he would have ranked among the likes of all-time cricketing greats Martin Crowe and Richard Hadlee.

Born in Auckland and raised in Wellington, Reid will be laid to rest following a private memorial service to be held at Wellington’s Basin Reserve.