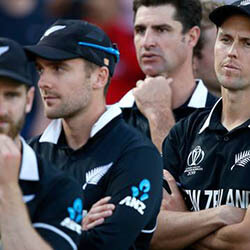 The Black Caps have lost only 3 tests since the beginning of 2018, and the main reason for this has been the batting consistency of their top order.

If fans had to try to name the batsmen sporting the best averages for test cricket since January 2018, most would choose Virat Kohli, the run-scoring machine from India, Joe Root from England, or Kane Williamson, the New Zealand standout. But the reality is that New Zealanders are monopolising the podium!

New Zealanders have surged up to second place in ICC test cricket rankings, an unparalleled achievement. They haven’t lost a test series since South Africa beat them at home in March 2017. Since the beginning of 2018, the Kiwis have won 8 out of 13 tests, with 3 losses and 2 draws. An unequalled feat.

Latham actually not only holds the best test batting average in this period but is in fact also among the world’s leading cricket run scorers. He is the only Kiwi to have scored over 1 000 runs in this stretch and is sitting 6th on the list of run-scorers, with 1 052 from 17 innings. Kohli tops this chart with 1 405 in 10 more innings than Latham, and Root is in 2nd place, with 1 334 runs in 38 innings.