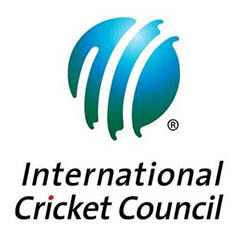 The future of one of the two upcoming high-profile cricket events will soon be put to the discussion board for important decisions to be made. The ICC (International Cricket Council) has confirmed its plans to meet next week regarding the immediate future of world cricket and upcoming high-profile meets. Future tours will supposedly enjoy precedence at said meet, with the two main meets on the agenda being the 2020 Twenty20 Men’s World Cup in Australia, and the ODI Women’s World Cup in New Zealand.

Provisionally scheduled to be played in October/November, the men’s Twenty20 World Cup (Aus) is has proved a difficult timetable conundrum to solve. Prevailing uncertainty over travel restrictions, health and safety limitations, and a general restriction of cross-border movement and how it all plays on finances and broadcasting partnerships have caused uncertainty at the ICC’s four most recent meetings. To date, a definite decision regarding either postponement or outright cancellation has not yet been reached. The most recent meeting was held in June.

The precarious nature of the ongoing global health crisis, along with an increase in cases in Victoria, will in all likelihood stop the final short from being hosted at the Melbourne Cricket Ground. There even exists a possibility of the final not being played in Australia at all.

The women’s ODI World Cup, which is scheduled to be played in New Zealand next year in Feb-March, an event potentially bringing about the final swansong to some of cricket’s outgoing pro female cricketers, will hopefully be in a position to continue undisturbed. But only time will tell exactly how and when the final curtain will drop for those players drawing near the end of their respective careers.