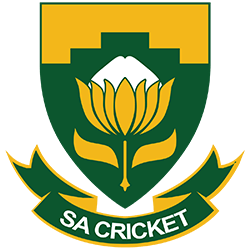 At least three South African cricketing greats are being accused of “historical” racism in a damning new report filed and compiled by South Africa’s Social Justice and National Building Commission.

According to the findings of the 252-page report, the three have all been guilty of some form of racially-driven behaviour, including the discriminatory treatment of Black players by non-selection based on race. The report followed a mandate issued by Cricket South Africa (CSA), and was produced based on testimonies and affidavits accumulated over 35 days of hearings.

According to Boucher, who is South Africa’s national head coach, to his mind, South African players were completely unprepared for the realities they would have to face within the context of cricket in post-Apartheid.

Boucher is one of the former players accused of racially-charged language used towards former SA leg-spinner Paul Adams. The accusations against Boucher, Smith, and others, including the singing of a “victory song” containing racial slurs directed specifically at Adams. The famous leg-spinner was the only Black player playing for the national side in post-Apartheid 1995. During the hearings, he called on “greater education” so as to ensure better respect for players of all races going forward.

Adams also testified that he felt as if he had been left out of the squad to make space for Pay Symcox, who is white. He said this had left him with feelings of being “hidden away”.

CSA has not yet taken any action following the release of the report.