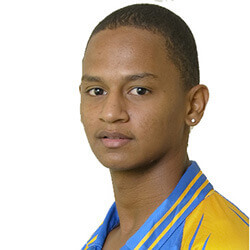 The Windies made a late recovery after their Test against Sri Lanka thanks to the efforts of Shane Dowrich and Jason Holder. The two players put on 90 for the sixth wicket during the first day of the Test.

The hosts of the Cricket First Test game saw themselves at 147-5 by the time the afternoon had rolled around, but they lost one wicket to close on 246-6, ensuring the game remained evenly balanced as they headed into the second day of the Test.

Lahiru Kumara was the first choice for the Sri Lanka bowlers, and took 3-57, followed closely by Suranga Lakmal and Rangana Herath, who both managed to take wickets.

As the opening batters for the game, Windies lost Kraigg Brathwaite (3) during the third over, after which Devon Smith (7) was run out. Kumara later bowled Kieren Powell (38) just as the batsman looked to be making some real headway.

Roston Chase and Shai Hope meant a 54-run total for the two, but Kumara managed to bow out Hope (44) and saw the Windies being knocked back once again.

Captain Jason Holder and Dowrich changed the pace of the game after digging in and holding out against Sri Lanka, but Holder was dismissed by Kumara by 40. By that stage, however, the Windies had made their comeback due in big part to Dowrich with a total of 46 not out, and are aiming to land above 300 as the Test continues onward.