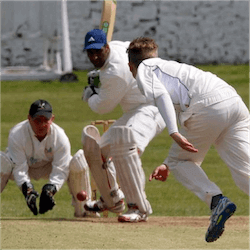 The first Ashes test is just over a week away and for the players hoping to claim their spot in the first XI, this latest round of the Sheffield Shield is their last chance to impress the selectors. It was another day for the bowler’s though as batting contenders fell at the drop of a hat. However, there were some impressive stands that could lead to late inclusions in the Ashes squad. We take a look at a few players that could be moving out or coming in.

An impressive century against Victoria in October gave Usman Khawaja solid leg up, but his latest batting foray was even more impressive on a day when the bowlers were cleaning up. The left-hander played the anchor role for the Bulls, scoring 78 of 192 balls. To put it into perspective, the next highest score for the Queensland team was Jack Wildermuth on 27.

Next up is Matt Renshaw. Debuting for Australia a year ago, his test average is around the 36.64 mark. The hope was that with a full season of tests, he would have come into his own. Before the week began, Renshaw managed to rack up just 53 runs in four innings in the Shield. In his final match, he failed again. After edging Trent Copeland, Renshaw went for 16, taking with him a Shield average of just 13.80.

In the Victoria vs. Tasmania match, another two spots looked up for grabs in the form of Matthew Wade and Tim Paine. Coming in at 2-62, Paine lasted just three balls before Chris Tremain worked his magic, trapping Paine for a duck. Wade fared no better. After facing 42 balls, Wade scored just 5 runs before being bowled by Peter Siddle. One man who is pressing for Wade’s spot is Cameron Bancroft. With keeper, Sam Whitman out of the picture, Bancroft stepped in. While his keeping skills were perfectly suitable, it was his batting performance that stood out.

Against NSW, he racked up an impressive 76 runs off 86 balls. On Monday against the Redbacks, Bancroft had a great knock, reaching triple figures within 60 minutes. Bancroft finished the first day unbeaten on 161 off just 273 balls. Then there is Mitchell March. After a poor start to the Sheffield Shield season, Mash stepped up a gear. Batting alongside Bancroft, Marsh racked up 95 runs off 110 balls with a total of 16 boundaries. He could be another consideration at this point?