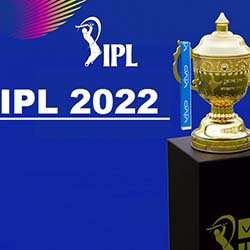 Not unlike nearly every other year, the 2022 IPL auction witnessed a show of intense bidding as teams tried to construct a winning side with the resources at their disposal.

Some of the biggest names in T20 cricket went under the auctioneer’s hammer, with Ishan Khan this year’s most expensive buy. The Mumbai Indians emerged the lucky buyers after they shelled out a massive Rs 15.25 crore for the champion wicketkeeper.

While a total of 204 players were purchased for a collective Rs 551.70 crore by the ten franchises, several big names remained unsold.

One such surprise had been left-hander Suresh Raina. Fourth on the list of all-time run scorers in the Indian Premier League, Raina has scored 5,528 runs in 205 matches played – placing him behind only Rohit Sharma, Virat Kohli, and Shikhar Dhawan.

The fact that Raina scored a very mediocre 160 runs in 12 matches during the 2021 season might be to blame for his failure to sell for the set base price of Rs 2 crore.

Another gobsmacker would have been that of England white-ball captain Eoin Morgan’s failure to go successfully under the hammer. This is after all the man who led the Kolkata Knight Riders to the 2021 IPL final. Morgan’s personal paltry performance with the bat is likely to blame for teams refusing to fork out his base price of Rs 1.50 crore.

But the shocker of the day would have been that of South African spinner Tabraiz Shamsi.  At a base going rate of only Rs 1 crore, Shamsi, who ranks second on the T20I format bowling list, would have been literally free for the taking.

This year’s IPL is set to get underway on April 2 in India.