Surprise, Surprise Ahead Of Ashes Series 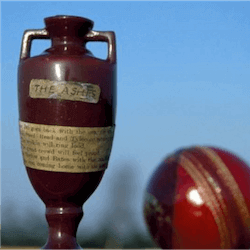 Ashes On the Horizon

It’s almost time for yet another Ashes series, with Australia taking on England at the Gabba come November 23rd.  The England/Australia dynamic is one of the longest running rivalries in international sport.  The very first Ashes series was played at the Melbourne Cricket Ground on 15 March 1877 with Australian winning by 45 runs.

The selection process has always been a controversial one, one the side of England as well as Australia.  This year is turning out to be no different.

Working With A Majority Of Left-Fielders

This year, the selectors have done more than surprise; they have stunned.  For a start, Cameron Bancroft will reportedly be making his very first Test cap.  Surprise aside, considering his recent performance in the Sheffield Shield matches, Bancroft is deserving of the honour of opening batsman.

The real stunner is the choice of wicketkeeper.  Matthew Wade and Peter Nevill both seemed a reasonable choice, but the selectors have opted to go with 32 year old Tim Paine instead.  The really surprising thing is that Paine hasn’t protected the wickets for Australia since back in 2010 and what’s more, hasn’t represented his home side of Tasmania as wicketkeeper either.

Wicket keeping aside, and in all fairness, Paine did score a stellar 71 for Tasmania against Victoria very recently, as well as having lodged a staggering 52 against England at the Adelaide Oval.

All things being equal, it’s the No. 6 position that really has the tongues wagging, especially since no official announcement has been made as of yet.  Selectors are however reportedly leaning towards Shaun Marsh, a 34 year old player from Western Australia.  Apparently the logic behind the reported decision rests on the fact that a specialist batsmen ranks higher than a general all-rounder when it comes to No. 6.

The decision is most definitely based on wanting to up the batting quality, more than anything else, especially considering that Marsh has almost exclusively only made headway on foreign turf.

No small wonder then that the reaction has been one of utter unbelief.