Suzie Bates May Miss Summer Due To Injury 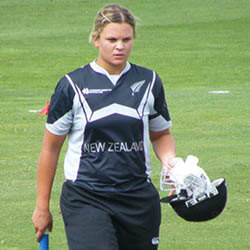 Bates re-injured her already embattled shoulder while playing for the Adelaide Strikers in the currently in-progress Women’s Big Bash League. Now officially preparing for a premature departure back home from Australia, Bates will be required to spend the mandated time in isolation before being cleared to undergo surgery in New Zealand.

New Zealand Cricket Medical Manager Dayle Shackel has however confirmed that the time spent in managed separation isn’t expected to have any adverse effects on the successful healing of the cricketer’s shoulder. The nature of the injury, said Shackel, is such that it needs surgery as well as resting time in order to heal.

The prospect of missing out on an entire summer and an extended period of time spent on the sidelines is obviously disappointing from the cricketer’s point of view. Even so, Bates told the media earlier this week, the plan right now is to proceed one step at a time – with a successful surgery followed by rehabilitation the only real focus right now. Only after rehabilitation will she be able to start working on making her return to the pitch, explained the Kiwi all-rounder.

Bates says she experienced discomfort following a return-throw of the ball from the outfield in her appearance as part of the playing eleven for the Strikers during last week’s stand-off against the Melbourne Stars in Sydney.