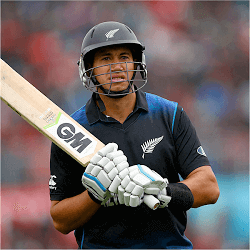 Stunning Return For Taylor After Surgery

On Thursday the Central Stags decimated the Auckland Aces with a stunning 65 run defeat in New Plymouth. The game features the long awaited return of batsman Ross Taylor.

Ross was out of professional playing for four weeks after having a benign growth removed from his eye. If his performance was anything to go by, he has returned to the game in great form.

Taylor scored a fantastic 82 runs off 41 balls, consisting of 8 sixes and 4 fours. His powerful performance along with teammate Blair Tickner secured the win for the Stags after Tickner took 5 wickets.

Taylor said that his previous score before the surgery was a century and to come back after his absence and score a wonderful 82 has restored his confidence in his ability after a nervous start to the match.

Despite the team placing him in the boundaries due to concerns with his vision, Taylor still managed to make two outs, eliminating Mark Chapman and Rob Nicol with some stunning fielding.

This match was a test to see his performance and possible return to International cricket.

Getting Back in the Game

At the moment Taylor is missing out on the ODI matches against Bangladesh and he has previously missed the Chappell-Hadlee Series playing against Australia.

Taylor’s great return has secured the Stag’s position at the top of the Super Smash table. His stunning track record in both test and ODI matches has made his return to cricket most welcome. He has achieved more than 30 centuries in his career and the recent surgery does not seem to have hampered him at all.

Mahela Jayewardene opened the game for the Stags and really pushed the run rate but he soon fell thanks to some pinpoint fielding by the Aces for 31 runs.

Soon the Stags were sitting on 95 for 4 with things starting to look grim. The game fell to Taylor and his partner Cleaver. Taylor took full advantage of the short boundaries and sailed to a quick half century off 29 balls.

They finished their batting on 213 for 5. The Aces also seemed to have a slow start but soon the Aces side collapsed when they lost their openers, 56 for 4.

Ben Horne and Sean Solia tried to claw back the match, pushing past a hundred in their partnership.

The Aces still were left to make just under a hundred from 4 overs. It seemed insurmountable odds and the Stags won the day.