The NZ Cricketers In This Year’s IPL Auction 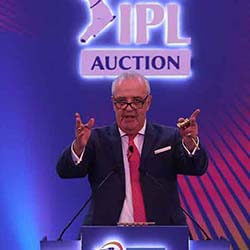 Five Black Caps were retained by their individual IPL sides. They are: Lockie Ferguson, Mitchell Santner, Tim Seifert, Trent Boult, and Kane Williamson. Seifert and Ferguson are both with the Brendon McCullum-coached Kolkata Knight Riders, while Santner players for Chennai Super Kings, which squad is also coached by a former Black Caps skipper, Stephen Fleming. Williamson plays for Sunrisers Hyderabad, and Trent Boult for the Mumbai Indians.

Friday saw the list of 1097 cricketers reduced down to 292 IPL hopefuls. There are only 61 available slots remaining to be filled by the 8 Indian Premier League franchises – including only 22 overseas players.

As for New Zealand inclusions, the majority of the interest is bound to revolve around 2020 rookie Kyle Jamieson, who last year had a dream start in test cricket. He’s announced himself as a power hitting allrounder for inclusion.