Tim Southee is Officially a Legend 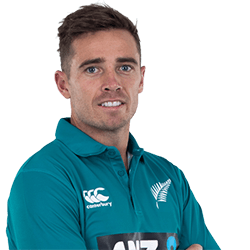 When Neil Wagner rushed over to Tim Southee to embrace him in a celebratory bear hug to congratulate Southee on reaching 300, he was jumping the gun. But just a little while later the dream came to fruition and then the athlete also known as TNT joined the incredibly exclusive club of legendary New Zealand players to reach this milestone. Haris Sohail was his unfortunate usher, caught by Mitchell Santner at short cover for nine.

Commenting on the fabulous event, Southee said it was a special moment. He said that this was because very few players have managed it and the two that have rank among New Zealand’s finest-ever cricketers. He called being in the same bracket as Daniel Vettori and Sir Richard Hadlee, with 362 and 431 respectively, an honour.

Southee said that his lifelong dream has always been playing Cricket for his country and that he’s very proud of the fact that he’s managed to get this far. Hailing from Maungakaramea, in Whanganui, exploded onto the Cricket scene in 2008 with an awesome outswing and a strong slog. He’s gone on to become one of the premier swing bowlers in the world.

Pakistan began their second innings on 298 wickets and Southee made short work of Masood, removing him for a duck before catching Ross Taylor at first slip. After that, Trent Bolt, who’s been Southee’s wingman for the longest part of his professional career, took a wicket on his second ball.