A Tough Opening Day For The Black Caps in Dunedin 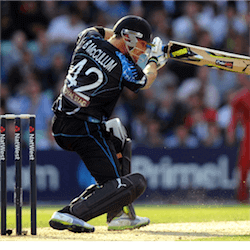 A Mixed Bag for the Black Caps

After narrowly missing out on winning the One Day test series, New Zealand will want to finish their home series with a test win against South Africa. A few hours into the first test match and everything seemed to be on track for the hosts. But despite a good opening spell, an inspired bit of batting from allrounder Dean Elgar rescued the South African innings to hand the Proteas a slight advantage at close of play in Dunedin.

The Proteas captain, Faf du Plessis broke a run of 22 consecutive toss winners who chose to field first against New Zealand. His brave decision soon turned against him as the Black Caps managed to completely cramp the run-rate and bundle the hosts up at 22 runs for the loss of 3 wickets. It was all going to plan for New Zealand until the pitch flattened out and Dean Elgar stepped up to bat.

Dean Elgar’s very disciplined batting performance held up against a strong attack from the bowlers and continued for the next six hours. Facing a mammoth 262 balls, Elgar managed to keep the strike rotating and the score ticking over. The only chance New Zealand had to get rid of him was sadly lost after lunch. With just 36 runs on the board, Elgar got a fine nick, which sailed into right glove of BJ Watling before the ball came tumbling out again.

Having four down with 63 on the board would have been devastating for the tourists but it was not to be. Elgar continued to bat through the afternoon, playing some brilliant shots on a pitch that flattened out as the day wore on. Between Du Plessis and Elgar, the pair eventually put on 126 runs for their fourth wicket partnership. The Black Caps did manage to claim a fourth wicket when Du Plessis (52) pulled Jimmy Neesham to the waiting hands of Trent Boult at deep square leg.

Joining Elgar at the crease, Temba Bavuma quickly got into his stride knocking up an impressive 38 runs at the close of play. Dean Elgar will resume play with a mammoth 128 runs, which take the proteas total to 229 runs for the loss of 4 wickets. An early wicket in the morning session of day 2 is what New Zealand need for a chance to recover the match.