All about the U19 Cricket World Cup 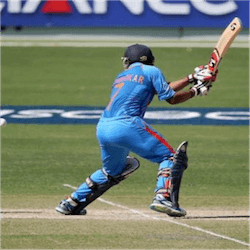 2018 is set to be a bumper year for sports with plenty of betting action heading our way. In just a few days’ time, the 2018 ICC Under-19 Cricket World Cup kicks off in New Zealand with the final happening on Saturday the 3rd of February. The defending champions, the West Indies will be getting things underway as they take on hosts New Zealand on Saturday in a match that is set to be one of the most exciting of the competition.

The Under-19 World Cup was first held in 1988 where it was hosted by Australia. The Aussies, then went on to win the tournament, defeating Pakistan by 5 wickets in the final. Since 1998, the World cup has been held every two years, with the last one being held in Bangladesh in 2016. West Indies won the 2016 World Cup, defeating India by five wickets. To date, Australia and India have the highest win record with three wins apiece. England, South Africa and the West Indies have all won a single Cup Title.

This year, all 10 ICC members will be taking part including New Zealand, Australia, England, South Africa, India, Pakistan, Sri Lanka, the West Indies, Bangladesh and Zimbabwe. Namibia was also awarded a place after finishing top of the associate nations in 2016. Rounding off the 16 teams is Canada, Kenya, Afghanistan, Ireland and Papua New Guinea who qualified through regional Under-19 tournaments.

As the host nation, New Zealand will be looking for their first cup win although the closest they came was back in 1998 when they finished runners up. The last time New Zealand hosted the Cup, Australia won as plenty of supporters turned up at the games.

This year, all 16 sides will be split into four groups of four teams. Group A includes South Africa and New Zealand while Australia and India face off in Group B. England will have to contend with Bangladesh in Group C while Pakistan have the defending champs to get through to advance in Group D.

Once the group matches have been played, the top two sides from each group will advance to the Super League quarterfinals. The four top sides compete in the semis and the top two will go on to compete in the finals. In addition, there will be a series of placement matches, which will determine every single place from 1st to 16th. This means plenty of cricket action and betting action to look forward to in the coming weeks.