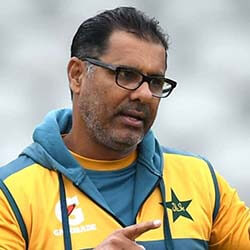 Although his side consists of top athletes, said Younis, it has in the past supposedly been proven medically that being stuck in a closed room for one day will lead to the loss of two days’ worth of muscle. Younis steered strategically clear of the fact that his side were during the same stint given a final warning after several members of the squad were seen breaking the rules of isolation during their time staying at the Chateau on the Park Hotel in Christchurch. The team also had their training privileges revoked shortly after the final warning was issued.

Pakistan’s fast bowlers struggled in their Tests against the Black Caps, leading the side to lose both matches by significant margins. It soon became clear Pakistani pacemen Shaheen Affridi and Naseem Shah would not be able to put up the same quality of performance as Kiwis Tim Southee and Kyle Jamieson.

The bowling coach did concede that there were several incidents of no-balls and dropped catches that could have and should have been handled in a different way. The side did not perform as well as what it would have wanted, explained Younis.

Both Younis and head coach Misbah-ul-Haq were on Tuesday summoned by the Pakistan Cricket Board to explain the team’s lack of results.